What is the UCLG Forum on International Cities?

The UCLG Forum on Open Government is a consultation and policy development process that culminates in an event every two years.

Within the structure of UCLG, a Community of Practice is composed of a group of local and regional governments and professionals who meet around a specific topic at the initiative of a member of UCLG. Among its activities, the Communities of Practice convene learning meetings, carry out studies or programs and contribute to the different parts of the UCLG network, reporting on specific topics and can, in turn, develop basic work for the Commissions or the Political Councils working closely with the World Secretariat.

The UCLG Community of Practice on Transparency and Open Government was created with the objectives of supporting peer-to-peer learning, networking, awareness-raising and capacity building on open governance and public integrity at local level and promoting the role of local and regional governments in the development and promotion of practices of transparency, participation and accountability for the achievement of sustainable cities and territories.

The Community of Practice promotes the principles of Open Government among its members, encouraging their inclusion and articulation in local, national and international political agendas. Coordinated by the Spanish Federation of Municipalities and Provinces (FEMP) with the support of the Open Government Partnership and the United Nations Human Settlement Program (UN-Habitat), the Community of Practice is constituted by a group of local and regional governments, as well as experts, academics and public institutions and representatives of international city networks interested in discussing and advancing joint solutions, learning opportunities and exchange of public policies on issues of Open Government. 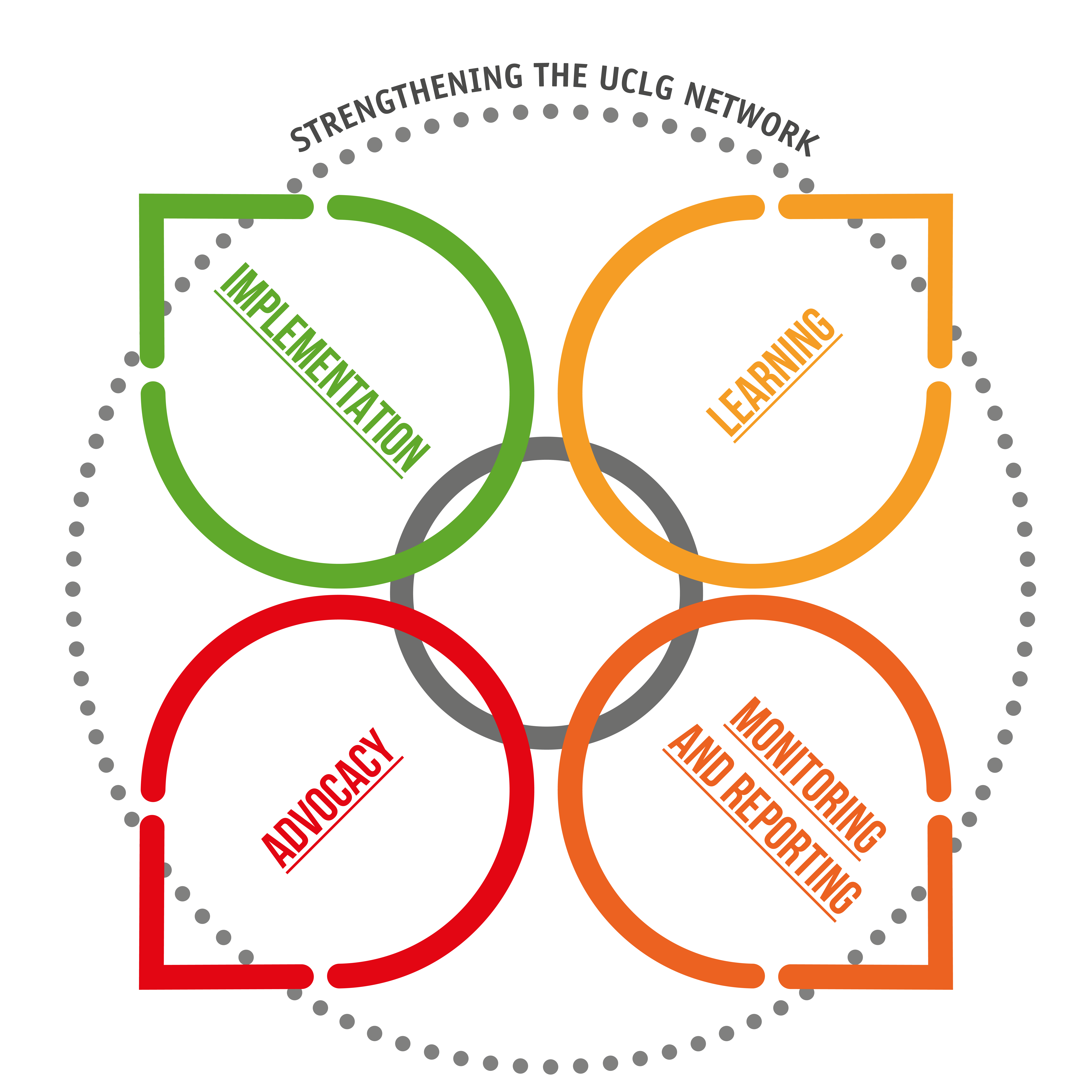 The Forum is structured around a central node of cities, which are the pilot cities in each continent or region. These pilot cities become local network relays, which has a multiplier effect on the strength of the network.

Although the Forum already has a list of cities in its network, which benefits from upstream work, these Regional Forums also help to strengthen this existing network by keeping it active.

In addition, the pilot cities are asked to rely on the support of the regional sections of UCLG for holding the Regional Forums. This helps to publicize, mobilize and support a network that is different than the one that may exist at the Forum level, the aim of which is to reach as many cities, local and national governments as possible for vertical dialogue.

The development and promotion of local and regional instruments and policies to improve transparency, good governance and citizen participation is a fundamental strategy to promote open governance that allows sustainable development. These objectives cannot be achieved without considering the need to strengthen the capacities of local governments, including the development of participatory, innovative and sustainable tools that guarantee appropriation by citizens. These types of policies and initiatives allow improving levels of trust in public institutions and are an opportunity for citizens to have the tools and information necessary to play a more active role in society and in the construction of their own development.

The Community of Practice aims to contribute to the strengthening of the global network so it can become a benchmark for the defense of open governance and public integrity. In order to achieve this objective, it is necessary to work on: the development of joint solutions; the promotion of collaboration and exchange of experiences and public policies; the fostering of learning and promotion of social innovation. The growing need of local and regional governments around the world to connect with their citizens in a renewed way encourages the creation and development of this network to promote more efficient local and regional governments in the provision of public services, to increase citizen participation in public management, preventing and fighting corruption and rebuilding trust in the public sector at local level.

In addition to encouraging the active participation of its members, the Community of Practice will constitute leading working groups in Europe, Africa, the MEWA region, Latin America and Asia to advance a joint agenda, considering the particularities and needs of the different regions.

The 2030 Agenda and the New Urban Agenda have recognized that sustainable development is impossible to achieve without local leadership and that today the process of localization of the 2030 Agenda goes beyond the simple adaptation of global objectives to local level and implies moving towards the idea of ​​co-creation of territories, where local governments build and facilitate new relationships with citizens to explore joint solutions at the local level that respond to global challenges and objectives.

In terms of political incidence and advocacy, the Community of Practice seeks to incorporate into the political agenda of local and regional governments and the associations that represent them the importance of developing open government policies (transparency, participation, accountability and innovation). ) as a mechanism to re-establish the trust pact of the public sector with citizens, build more effective, fair and efficient institutions and, ultimately, advance in the localization of the 2030 Agenda. Moreover, this scope of the work also pretends to strengthen the participation and advocacy of local governments in national and global policies and strategies of open Government. Specifically, the Community seeks to:

For the development of the work of the Community of Practice, different mechanisms are being articulated for the implementation of specific working groups that can monitor, document and promote the different actions carried out. The reports of activities, processes and results will be presented to UCLG.

The Community of Practice seeks to generate different scales of learning by: