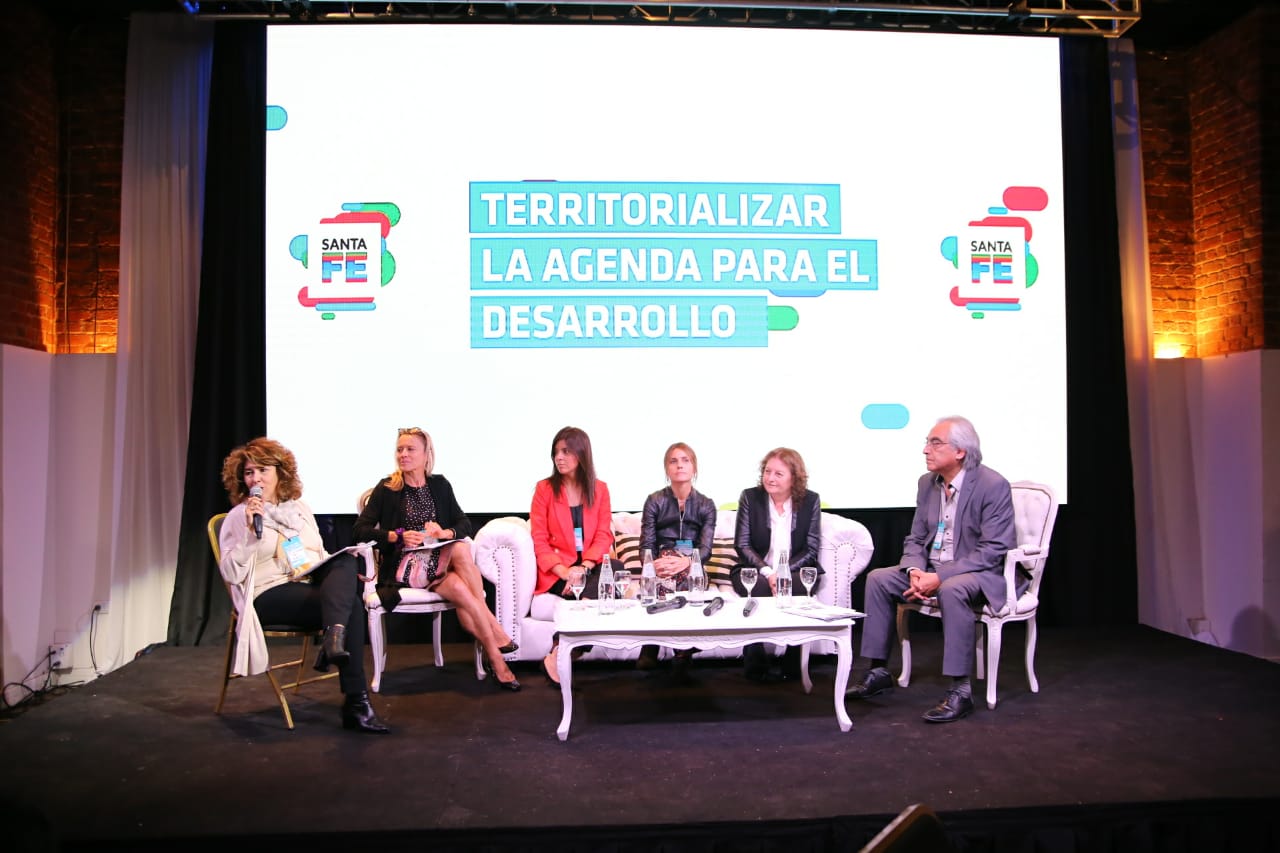 Invited by the province of Santa Fe, over 200 representatives of municipalities and regions of Argentina, Bolivia, Chile, Colombia, Ecuador, Spain and France gathered on 17 and 18 September in the city of Rosario (Argentina) to debate and Exchange experiences on the “territorialization” of the global development agendas and, particularly, of the 2030 Agenda.

The event was introduced by Pablo Farías, Minister of the Santa Fe Provincial Government, representing the Presidency of the UCLG Forum of Regions, who underlined the “centrality of the 2030 Agenda as a challenge for humanity” and highlighted the role of both regions and the network of United Cities and Local Governments to localize this agenda. Gustavo Leone, Secretary of Government of the City of Rosario, Analía Stasi, Coordinator of Inclusive Design of UNDP (United Nations’ Development Programme) in Argentina and Gabriela Agosto, Executive Secretary of the National Council of Coordination for Social Policies representing the Argentinian national government, were present in this inaugural event. Miguel Lifschitz, president of the UCLG Forum of Regions and Governor of the Santa Fe Province, and Sergio Uñac, Governor of San Juan, were the protagonists of a discussion on the localization of the 2030 Agenda in the Argentinian provinces.

The opening ceremony was pronounced by Edgardo Bilsky, representing the UCLG World Secretariat, who emphasized the role of the Forum of Regions that gathered in the framework of the United Nations in July 2018, where the 2nd “Towards the localization of the SDGs” report from local and regional governments was presented, showing the growing mobilization of leaders to achieve the 2030 Agenda. 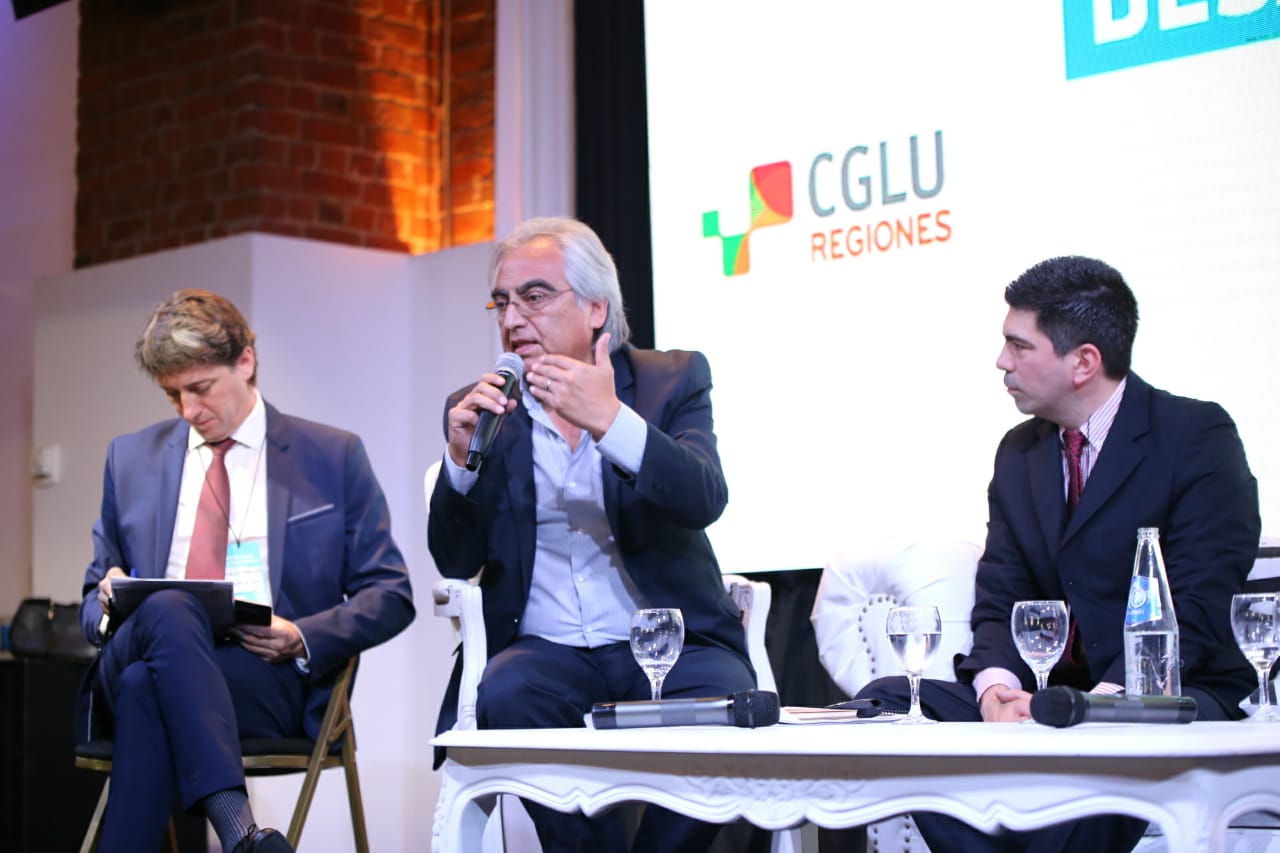 Gustavo Baroja, Governor of Pichincha, president of the Consortioum of Provincial Autonomous Governments of Ecuador (CONGOPE) and member of the Policy Council on Multilevel Governance and Sustainable finance of UCLG, participated by sharing experiences on the crucial role that local and regional networks play in the development of the Global Agendas and their localization, highlighting the mobilization that is taking place in 23 provinces. He also pointed out the concept of “co-management” with the citizens (stemming from the Quéchua Word “minga”) and how citizens are included in the process as key actors of the planning for the Sustainable Development Goals. 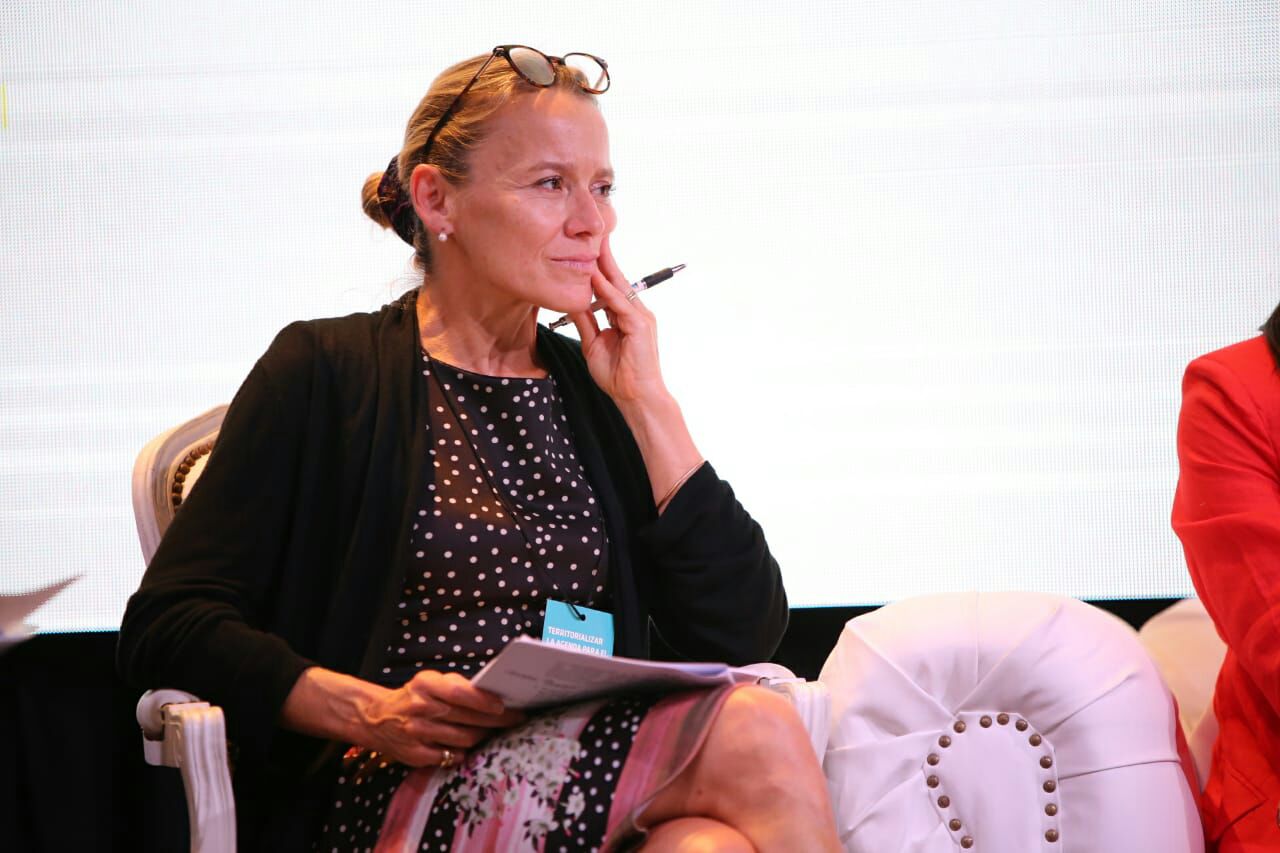 Valérie Nicolas presented various examples on how the Association of French Regions has advanced in the integration of the Sustainable Development Goals in regional policies. Mirta Levin, director of the metropolitan coordinating entity of Rosario, insisited on making the SDGs land in concrete initiatives and highlighted the cooperation between local and regional governments. Noelia Wayar, Executive Secretary of the Mercociudades Network, in representation of the city of Córdoba (Argentina), took the same view. Juana López, representing the Spanish Federation of Provinces and Municipalities (FEMP), and Area Manager of International European Progects, called for a “second decentralization in Spain” in order to boost the SDGs.

Also present in the debate were the representatives of the Argentinian provinces of Salta and Santa Fe, as well as from the provincial Government of Gipuzkoa, and the city of Puerto Montt in the Lagos District (Chile). 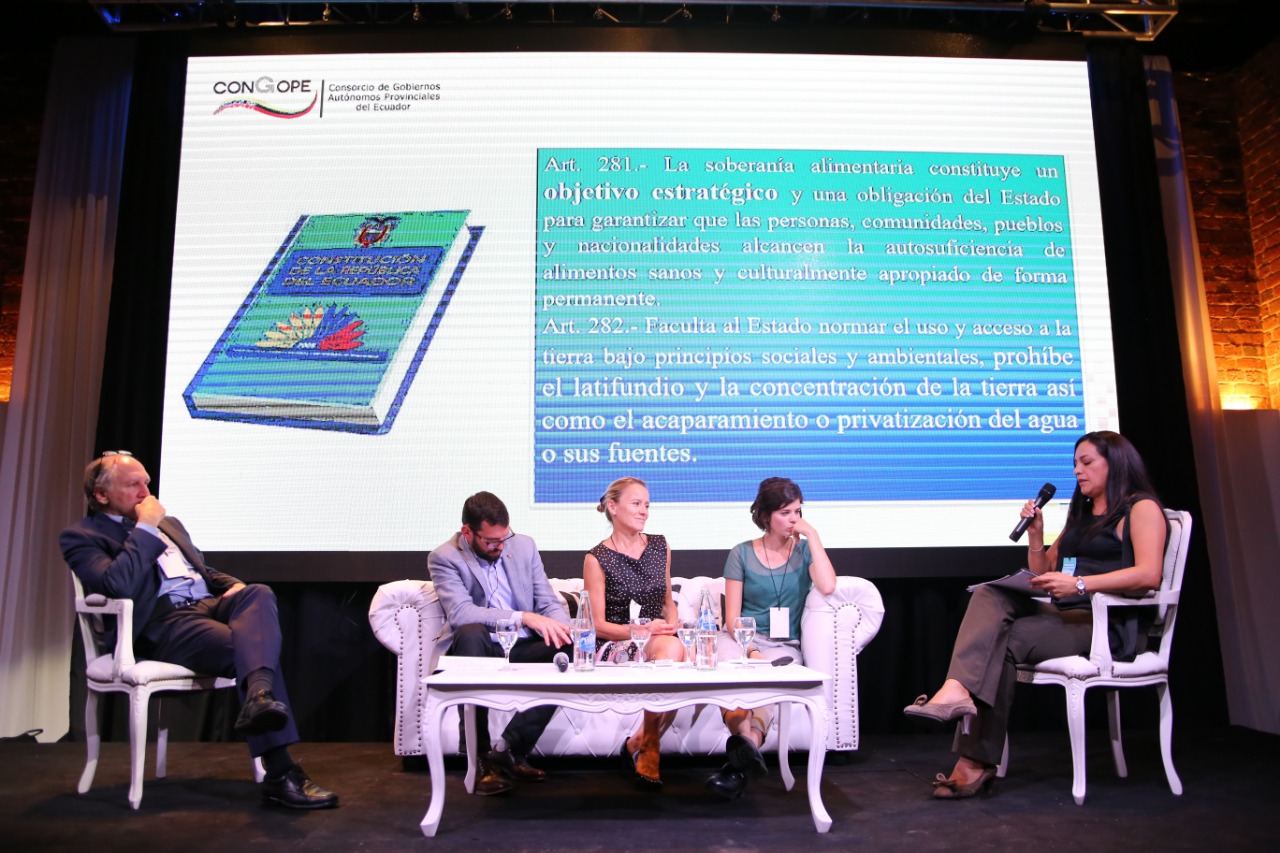 A workshop on “food policies and programmes and their impact on the 2030 Agenda” took place in the same framework, and generated a debate on the initiatives that French, Argentinian and Ecuadorian  regions are driving, in collaboration with the Resolis network, in order to promote the UCLG Community of Practice on Food Policies, promoting territorialized food systems with the aim of reinforcing food security and the quality of nutrition, enhancing the local economy and reducing the impact of food production in the environment. 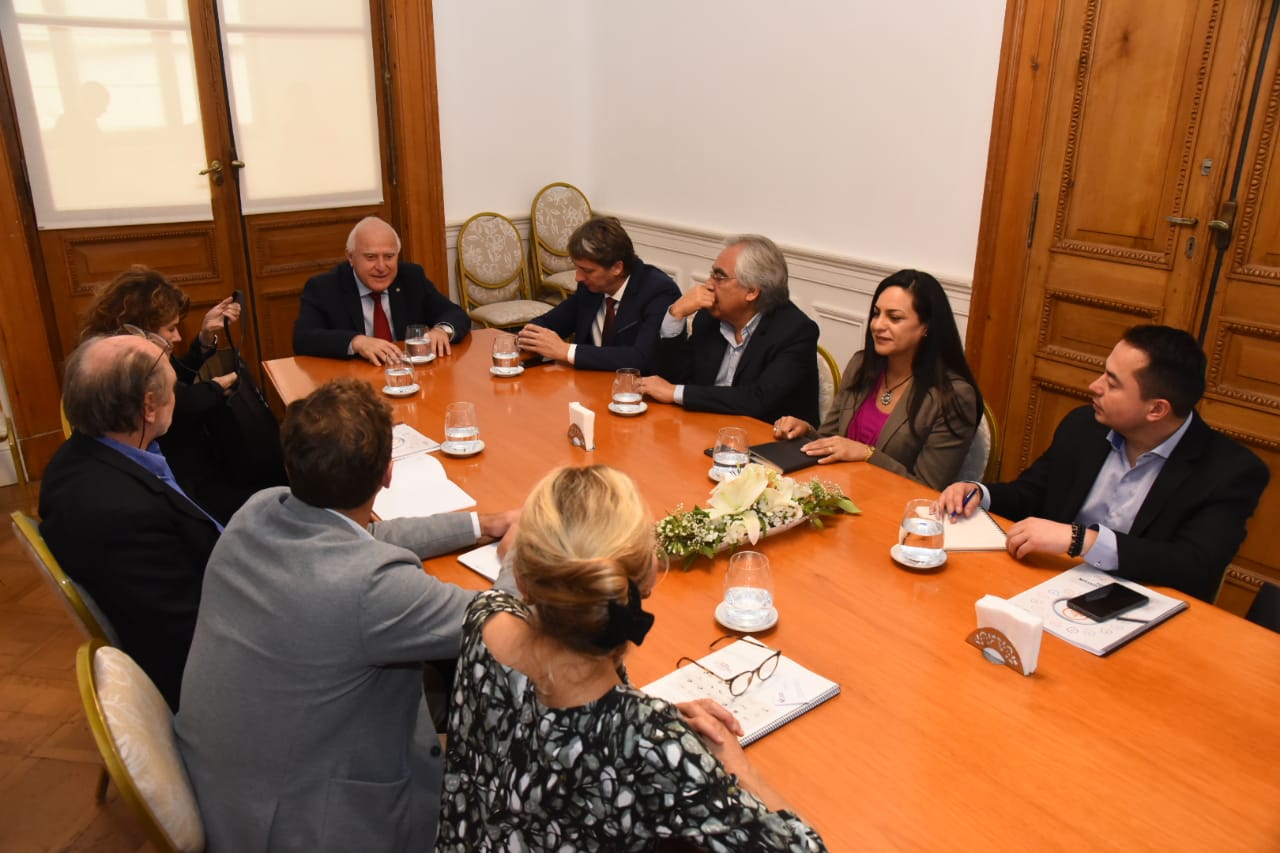 Mayor of Soria and Vice President of UCLG for Europe, Carlos Martínez Mínguez, showcased the work of the UCLG Community of Practice on Open Government, as well as its relevance in the implementation of the SDGs to ensure the transparency and participation of citizens in the decision making process. In this table, that debated multilevel governance in the articulation of the global agendas, multiple innovative projects that aimed to fight poverty, promote social inclusion and integrated local development -such as Sante Fe’s Plan Abre or Misiones on protecting biodiversity and regional integration by Zicosur were presented.

The regions present in the event adopted the “Agenda of Regions to contribute to the 2030 Agenda”, which can be consulted via the following link.